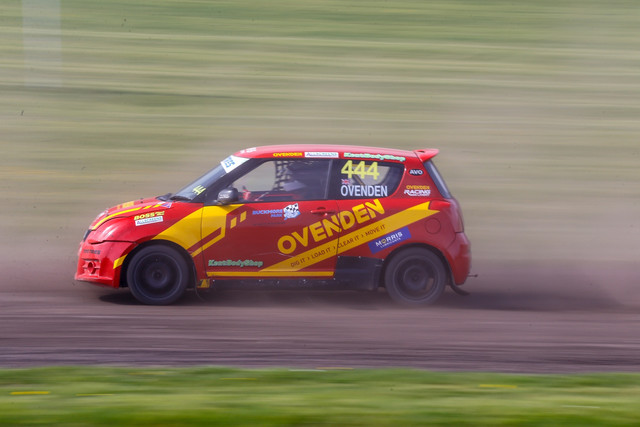 I’m Tom Ovenden, I’m 15 and I race in the Suzuki Swift British Rallycross Championship. My Motorsport journey started aged 6 when I started racing Motocross which I competed in for 5 years up to age 11, but like most young racing drivers, I loved Formula 1, and it was this passion for car racing that fuelled my transition from two wheels to four.

The first step for me was to get some seat time behind the wheel in a Practice Session at Buckmore Park. It was from that point I knew that four wheels was the right choice for me. I started competing in their Junior Club, a specific series set up for youngsters to compete on a level playing field against other young drivers. It was extremely enjoyable and combined fun with close racing, It was a fantastic place to learn important skills that helped me develop as a driver. Most importantly I learnt race craft and general confidence within my driving style.

After an intense 8 round Summer Championship, I saw the year out in second place in the standings. Following on from that season's success my Dad organised a drive in a Junior Subaru kart for rounds at Bayford Meadows and Buckmore Park. These karts represented a different challenge for me, however, it was a lot of fun. The year after I moved back to the Junior Club, but this time in the 390cc RT8 karts. I have to say they are so fun to drive and create fantastic racing. In my second season, I won the Summer Championship followed up by second in the Winter Champs.

Throughout this time I had been watching my Dad and Uncle compete in British Rallycross, I loved watching them race and it inspired me to progress into car racing. I took the next step from karting to cars during my time in the RT8 karts when I competed in Invicta Kent Autograss. This was essential to my learning in a car as it improved my control and confidence. 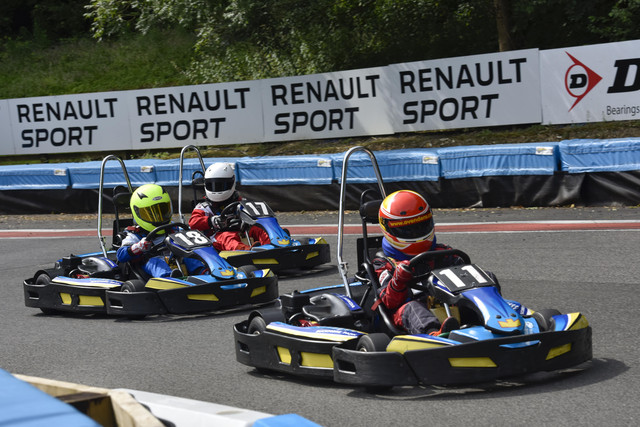 The Karting, the Autograss and the combination of watching my family race made me incredibly eager to put my skills to the test in rallycross. The opportunity became available testing a Suzuki Swift Rallycross Car at Blyton, I absolutely loved it. I registered for the series and approaching my 15th birthday I competed in the first round of the British Championships at Silverstone and finished 7th. I recently took part in the second round at Lydden Hill and finished 5th, I thoroughly enjoyed it.

Overall, I have loved every second of my Motorsport career so far and hopefully, I can progress even further. I am very grateful to Buckmore Park for playing a big part in my early development but I wouldn’t be where I am without the help and support from my Dad & family of which I can not thank them enough.

Note from the Buckmore team

“We’ve been following Toms progress for a while now, he demonstrates a natural ability for racing and that showed when he won the Junior Club Summer Championships in 2018, this qualified him for progressional funding through our junior sponsorship programme and it’s been fantastic for us to see and play a part in his transition into Rallycross. We wish him the very best in all of his future motorsport endeavours.“

The Day In The Life Of : Kart Instructor

BP Challenge Cup Gets A Revamp

The Redevelopment of Buckmore Park

The History of Buckmore Park